When labour won’t progress naturally, induction needs to be considered. 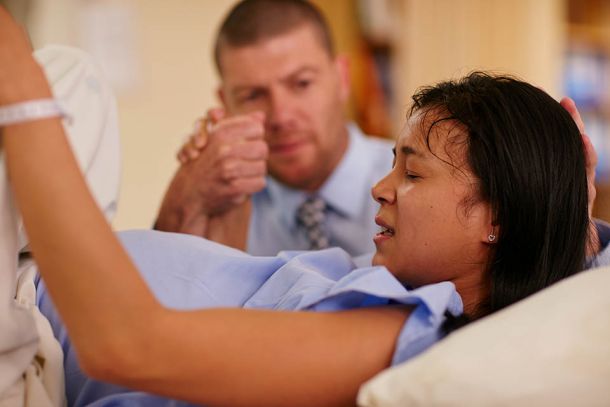 Sometimes, a labour just can’t get going on its own. Sometimes it will stall. And sometimes, either mother or baby will become distressed while waiting for labour to happen. I’ve heard lots of women say it’s a harder labour if you are induced. This is not true. Labour is labour – whether we give you oxytocin to push it along, or you produce the oxytocin yourself. If we were to put a catheter inside your uterus to measure the strength and frequency of contractions, we would find that a naturally progressing labour and an induced one are actually very similar.

However, there are some differences between the two that have probably lead women to fear an induced labour. First, if you go in to labour on your own there is usually a latent phase or lead up to real labour. When you are induced, we shorten that latent phase to just a few hours, so the contractions start and increase faster than they might normally if you were to go in to labour on your own. Second, labour tends to be faster and more intense in subsequent pregnancies; if you are comparing an induced pregnancy to your first it likely feels different, but then, so would a second labour that progressed without help.

How we induce labour

In order to induce we first must soften the cervix, making it as dilated and thin as possible. This is done with either Prostaglandin preparations (a gel insert) or the insertion of a foley catheter in the cervix. If labour still does not progress with a softened cervix, your water will then be broken and oxytocin will be administered through an I.V. Your contraction frequency and your baby will be monitored closely.

It is important to note that if you end up being induced, your chances of having a Caesarean section increase. This could be due to a pre-existing medical concern that lead to you being induced - such as high blood pressure or diabetes, or it could be because sometimes we can’t get women into labour; we can get them contracting on a regular basis but the cervix just doesn’t change. Depending on when your water was broken or other issues, like how far you are past your due date, or how the baby is responding, your physician will probably discuss the need to consider moving on to Caesarean section.