Postpartum bleeding is normal and will taper off after a few weeks. 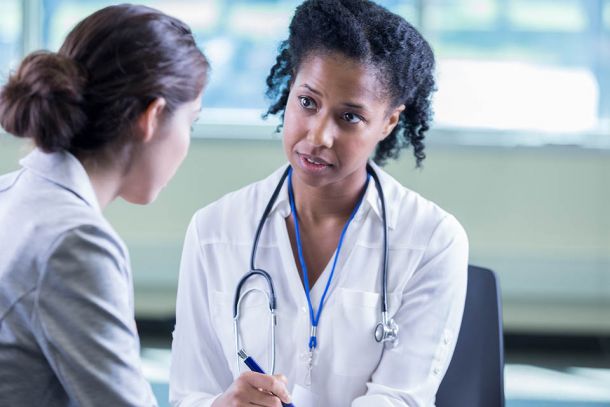 Bleeding after delivery is called Lochia. It may start off as heavy as a heavy period, but you should notice a decrease on a daily basis. Bleeding, spotting and bloody discharge may go on for a few days to a few weeks.

What is not normal is a significant increase in the amount of bleeding you experience a few days or weeks after delivery, or prolonged bleeding for more than three or four weeks. It is possible that there is some placenta tissue/membranes (called retained products of conception) still in the uterus. This may be the cause of the bleeding and may or may not be associated with an infection in the uterus (endometritis). Your health care provider may order an ultrasound to determine if there is any retained tissue. It is often difficult to distinguish retained tissue from placental tissue on the ultrasound in someone who is bleeding heavily. If your doctor suspects you have retained tissue, a surgical procedure called a D&C (dilation and curettage) may be recommended to scrape out the tissue and stop the bleeding.