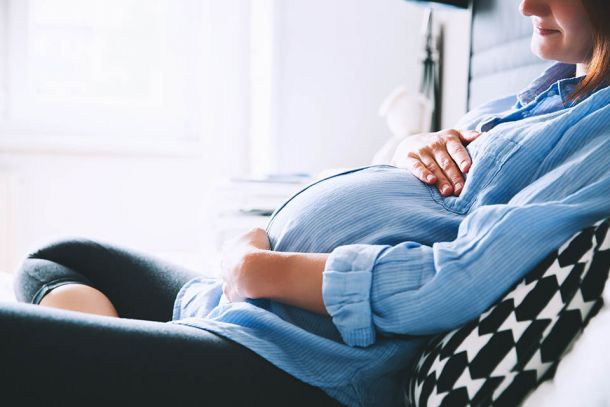 Depending on what screening test you chose in your first trimester, you may have another blood sample taken to screen for Spina Bifida (or open neural tube defect). This sample (or as an additional sample for the women who chose FTS) will also be used to screen for Down Syndrome.

An amniocentesis is offered to women whose blood tests indicate possible Down syndrome, Trisomy 18 or Spina Bifida. It is performed later than the Chorionic Villus Sampling, usually between the 15th and 16th weeks. Using an ultrasound as a guide, a thin needle is inserted into the abdomen, drawing a sample of the amniotic fluid for testing. Like the CVS, an amniocentesis is up to 99% accurate but also carries a small risk of miscarriage.

There are three things women are most anxious about when they come for an amniocentesis: the risk of miscarriage, the fear the procedure may be painful, and concern the baby will be poked by the needle. What I tell my patients is this: the risk of miscarriage is very low (1 in 400) which has nothing to do with the proceduree or how it is done. We obviously make a very small hole in the membranes, and 1 in 400 women either get an infection or break their water.

Most patients, even those that fear needles, say an amniocentesis is not as bad as a routine blood test; it's more of a pressure sensation than pain.

And finally, we don't try to poke babies - that's why we use an ultrasound. However, babies do move around all the time and I have seen babies bump into the needle - and even try to grab the needle! You can rest assured that it is not a concern.

You will be screened for Gestational Diabetes (GDM) between 24-28 weeks. Screening consists of drinking 50 g of glucose (in five minutes) then waiting for a blood test an hour later. You don’t need to fast overnight, but don't drink the glucose with a meal - it's not orange juice!

If your screen comes back positive, or you proceed straight to the diagnostic test, you will have blood taken and then be given 75 g of glucose to drink after an overnight fast (nothing to eat or drink for 12 hours before hand). You have five minutes to drink the bottle of glucose and then you will have two more blood samples taken, one and two hours afterwards. A diagnosis of GDM is based on having two or more abnormal results but having one abnormal result shows that you have gestational impaired glucose tolerance…in both situations, you will probably be referred to a specialist(s) for diabetic education and monitoring. Most people are managed by dietary changes alone but some women end up on insulin. Good sugar control can prevent the baby from growing too large, having too much fluid and difficulties with delivery.

Your health care provider will talk to you about ultrasounds during your pregnancy. The average number of ultrasounds is two: the first as part of the prenatal screening for Down’s Syndrome, and the second - done between 18-22 weeks - will assess the baby’s anatomy. You may require more because of complications such as bleeding, doubts over the gestational date or concerns about the baby’s growth. If you have multiples (twins, triplets, etc.) you will require even more ultrasounds to follow the babies’ growth.

How Does It Work?

An ultrasound is an image of your baby from inside your uterus. An ultrasound produces images through sound waves that travel through your body. A device called a transducer is used to focus these sound waves on certain parts of your body, or your baby’s body. An ultrasonographer (someone trained to do ultrasounds) will move the transducer over your belly to get as many pictures as possible.

Your 18-week ultrasound will assess the size of your baby and how various organs such as the heart, spine, brain and kidneys are developing. This ultrasound can also indicate whether there are problems with your uterus, fallopian tubes or ovaries.

Ultrasounds do not use radiation and are considered completely safe for you and your baby.

Visit the Society of Obstetricians and Gynaecologists for more information on ultrasounds.